Pictures from the Sale 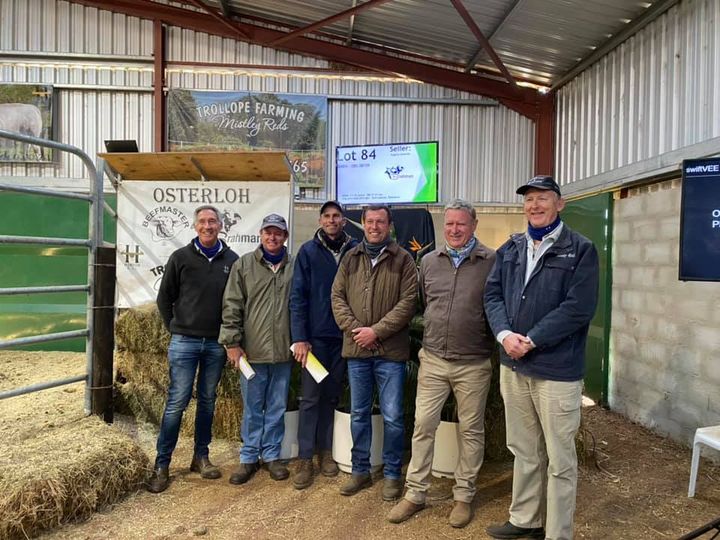 The 20th Osterloh & Trollope Bull & Production Sale was held at Lincoln near Komga on 9th August.

The auction confounded all the negative talk doing the rounds about drought & markets being under pressure by attracting 113 potential buyers from throughout the country. Apart from local interest there was a strong contingent of buyers from Natal, the OFS & Mpumalanga.

The quality of the bulls was outstanding on a 100% sale and bidding was brisk on all lots where there was certainly something to suit everybody’s taste and budget.

It was also heartening to see the continued strong support from local commercial farmers who realize the advantage of buying these tough no nonsense bulls from these well established studs.

The averages and top prices were as follows:

Hobson & Co kicked off their 2018 bull season with the Osterloh & Trollope Bull & Production sale held at Lincoln Farm, Komga on Friday the 10th of August 2018.

The auction was held in freezing conditions and fortunately the rain stayed away until the sale was underway. It did not deter the buyers who registered from throughout the country, with a very strong contingent from Natal.

A very strong offering of cattle came under the hammer of well-known stud auctioneer Andrew Miller, this showed as bidding was brisk in the venue which was packed to the rafters.

The auction kicked off with Les Trollope’s  impressive Mistley Red slaughter cows. This was followed up by quality Osterloh & Mistley Red pregnant cows. Both spring and autumn calvers were in high demand, with Stan Reed of Grahamstown being the bulk buyer. Local farmers and agents competed aggressively for an outstanding parcel of Mistley Red pre-conditioned steers before the much anticipated bull sale commenced. Male calves fetched up to R36.41/kg.

From the outset it was clear that buyers meant business with the 1st Beefmaster bull being knocked down for R60,000. This trend continued and intensified when the well-known OBS Brahman offering came under the hammer. The expert opinion was that this was one of Eugene’s best offerings to date, with 45 very impressive, robust, veld reared, 3 year old pure Manso Brahman bulls offered. Congratulations Eugene of a string of bulls that would compare favourably with the best in the country.

The top priced bull was Lot 15 (OBS 15-69) which was bought by Tim Hempson of Underberg for R100,000. The most impressive statistic from the sale is that the sale average of the Brahman bulls was R57,600, with the majority of the bulls fetching between R45-65,000.

The sale ended with the welcome sound of rain on the roof which was even more reason for the legendary Osterloh after party to get underway.

Les, Eugene and the Hobson & Co team would like to thank everybody for their support at the 2018 auction 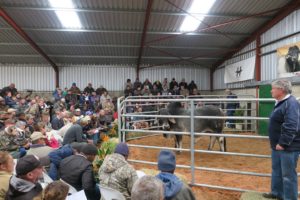