This sale was a great success with excellent quality being offered to a very discerning group of 59 buyers. Screening on all types of animals was very strict which showed with the good prices achieved under very tough climatic and economic conditions.

Highlights for the Boergoats were the R30 000 paid for lot no. 1, a stud  ram which was sold by Doornpoort genetics, and the achievement of first time seller Chippie Poultney who sold lot 9 for R23000. The Boergoat ewes were in good demand too realizing very good average prices.

The top end Dorper rams sold extremely well with the three top prices being achieved being R18000 for lot2 belonging to Ben vd Westhuizen and R15000 for lot11 from Mickey Phillips and lot41 from Leroy Phillips. These 3 rams were all T5 rams.  Boy Lötter was the most successful White Dorper ram seller achieving R9500 for a flock ram lot27. The bottom end of the Dorper rams struggled with limited demand from local commercial farmers due to the drought.

The Quattro Boergoat, EP Dorper and EP Persian club sales were held together at the Willowmore Showgrounds on Wednesday 10th October. All parties were nervous about what the effects of the drought would have on the sale. Fortunately the doubts were unfounded and 75 buyers registered, with international interest from France, Kenya and Zimbabwe. Interest was keen and bidding was brisk on all lots resulting in all sellers being delighted with the outcome of the sale. 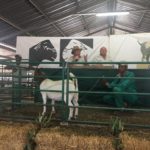 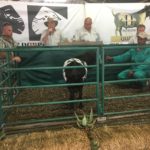 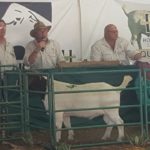 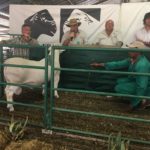 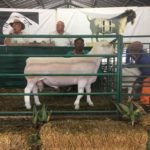 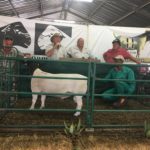 The annual EP Dorper Club Ram Sale & Quattro Boergaot sale was held at the Willowmore Showgrounds on Wednesday 11th October. This year a Persian Ram & Ewe sale was added to make it very much a one stop shop for many farmers. The sale exceded everybody’s expectations and there was a keen interest on all lots. The ongoing drought had cast a cloud of doom over the sale but the quality of the animals and the buoyant sheep, lamband goat prices being realized at present helped to show up prices. In actual fact the Dorper Ram prices were the highest ever achieved on this auction. Nearly half the Dorper rams were bought by buyers from Grahamstown, Alexandria, Paterson & Uitenhage, whilst the Boergoat rams were sold into the more traditional goat areas. 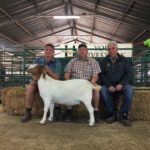 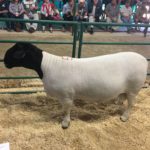 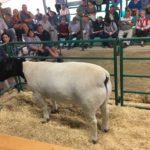 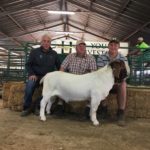 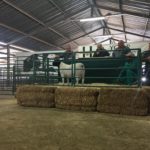 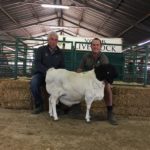 The annual Quattro Boergoat and E.P. Dorper club sale was held at the Willowmore Showgrounds on Wednesday 12th October. It was an absolutely outstanding sale considering the drought and economic climate at the moment. 81 buyers registered from as far afield as Limpopo for the auction run by Hobson & Co with Paul Mills on the podium. 48 Boergoat rams were offered and sold by the Quattro group consisting of members Kobus Lotter, Sakkie Nell, Johnny Henderson and Vaatjie Nell. The rams sold for an average price of R8802 each which is a record for the sale. Lot 25, a magnificent 6T stud ram belonging to Kobus Lotter was sold to Mooredale Farms from Fullarton for a sale record price of R47000. There were rams to suit everybody’s pockets in the range from R4000 to R15000.

The 55 Boergoat ewes which were sold by clients of the Quattro group also sold well and averaged R2030 each. Grootfontein Agricultural College offered a high class string of 12 ewes which averaged R2358 with a top price of R2600.

After an atrocious national sale in Beaufort West a few weeks previously the Dorper breeders were very apprehensive about the prospects of their sale. Fortunately demand was good on an above average offering and prices realized confounded even the most pessimistic sellers. The 46 Dorper rams were all sold at an average of R7465 each which is an outstanding price considering the top price was R15000. Ray vd Berg achieved this price for lot 6 and Mickey Phillips had the highest average price for his string of five rams of R12200 each.

The white Dorper rams did not sell as well where the quality was not quite as good. The 23 rams which were sold averaged R5595 with Ashley Phillips selling the only type 5 ram for R10000 to Skinner Farming from Wolwefontein. The same seller also had the highest average for his rams of R8000 each.

The facilities at the Willowmore showgrounds are magnificent and certainly lend themselves favourably to hold prestige auctions like this one there.

Paul Hobson of the auctioneers Hobson & Co said he was delighted by the outcome of the sale and complimented the sellers on the quality of the stock offered and also would like to thank the buyers for having the confidence to buy on this sale under trying circumstances. He added that the number of buyers registered proved that this sale is held in high regard by farmers serious about buying quality stock.

Average Prices were as follows:

There was a good turnout at the recent Willowmore Quattro & EP Dorper sale. 97 Buyers registered on the day. Prices were as follows: 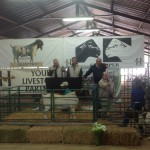 Boergoats on the sale sold by Auctioneer Paul Mills 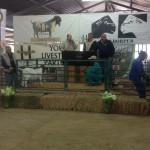 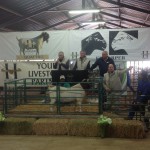 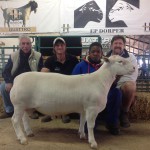 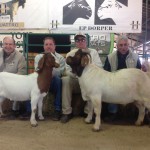 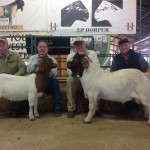 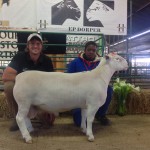 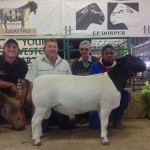